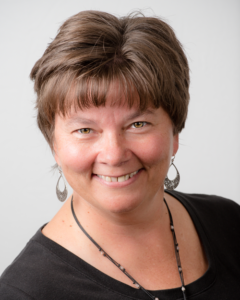 If you’ve ever bought, sold, or leased property using a Texas Realtor, you know that we are always watching out for your best interests. But Texas Realtors don’t just advocate for you during transactions—we also advocate for you at all levels of government to ensure lawmakers support public policy that benefits you.

This was especially true during the debate at the end of 2017 that led to federal tax reform.

The bill that was signed into law has made several changes to the tax code that directly impact current and prospective homeowners, including changes to popular tax deductions.

For example, homeowners previously could deduct an unlimited amount for the state and local property taxes you pay each year. With the new law, this deduction is limited to $10,000. Unfortunately, homeowners across the state are seeing increasing property taxes—even some in our market—with many already exceeding that $10,000 limit.

And if you paid interest on a mortgage, you can now only deduct the interest on a loan of up to $750,000 for new loans taken out after Dec. 14, 2017—a decrease from the previous $1 million limit.

In addition, if you have a home equity loan, you will no longer be able to deduct the interest paid unless you meet certain requirements. And the deduction for moving expenses has been repealed, except for members of the Armed Forces.

But these are just a few of the changes. The new law has many other implications for property owners and those who may become property owners, so it’s best to consult a tax professional for details about your specific situation.

Lawmakers often rely on Realtors to educate them on the local impact of proposed legislation, and the tax reform debate was no exception. The legislation went through an intense process with new proposals and compromises, and Texas Realtors were there every step of the way, urging Congress to protect homeowners.

The Texas Association of Realtors actively engaged in the tax reform discussion, conducting research to analyze the various proposals’ impact on Texas homeowners. When the bill was being debated, Texas Realtors sent thousands of messages to Congress and visited the U.S. Capitol in person to educate lawmakers on the bill’s impact back home.

The “Shoes for Kids” Initiative was a HUGE success. GAR Members donated $4,210 and with the monies budgeted by GAR – we were able to purchase shoes for 127 kids!
Such a “big” goal! What a blessing!

Rancho Brazos provided the list of kids and their shoe sizes, and the Realtor Members did the shopping and distributing.
A great time was had by all.

A special thanks to Rack Room Shoes, Manager Eva Avery. Eva was extremely helpful and patient while we shopped and returned 😊
Rack Room Shoes Regional Manager Charles McGowan also played a big role in the endeavor – Thank you Charles!
Finally, a HUGE thanks to those Members who donated to this very worthy cause:

GAR Members are some of the MOST generous people around. Thank you again for helping to make this initiative fun, full of blessings and a success!
Until next year………………. ... See MoreSee Less